Posted by The Mind of RD REVILO on June 15, 2014
Posted in: Uncategorized. Leave a comment 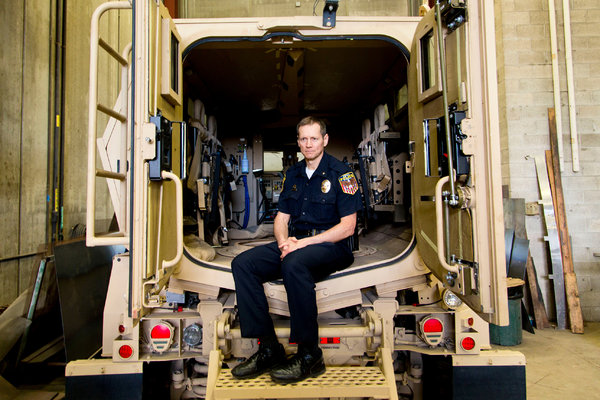 Kevin Wilkinson, the police chief of Neenah, Wis., said having a vehicle built for combat would help protect his officers. Credit Darren Hauck for The New York Times

NEENAH, Wis. — Inside the municipal garage of this small lakefront city, parked next to the hefty orange snowplow, sits an even larger truck, this one painted in desert khaki. Weighing 30 tons and built to withstand land mines, the armored combat vehicle is one of hundreds showing up across the country, in police departments big and small.

The 9-foot-tall armored truck was intended for an overseas battlefield. But as President Obama ushers in the end of what he called America’s “long season of war,” the former tools of combat — M-16 rifles, grenade launchers, silencers and more — are ending up in local police departments, often with little public notice.

During the Obama administration…